In an effort to better understand agency readiness for December 1st, 2022, including MITS integration into the PNM, Fiscal Administrator (One Front Door), and MCO procurement, we have put together a short survey.

We would like this to be completed by the staff members familiar with and responsible for ensuring system setup and billing guidelines. Please forward this to the appropriate team member at your agency.

Please take a minute and select the link below to complete the survey. Your answers will help us understand whether or not Behavioral Health agencies are ready for these changes.

The Ohio Department of Medicaid is introducing its Next Generation managed care plans to focus on the individual, honor members’ choices, and provide continuity in the provision of members’ care. These changes do not apply to MyCare.

Stage 1: On July 1, 2022, OhioRISE started providing specialized services, which will help children and youth with behavioral health needs and help coordinate care for those who receive care across multiple systems.

Stage 2: On October 1, 2022, Centralized Provider Credentialing will begin, which will reduce the administrative burden on providers. Also, the Single Pharmacy Benefit Manager (SPBM) will begin providing pharmacy services across all managed care plans and members.

Stage 3: On February 1, 2023, the implementation of the Next Generation managed care plans will occur. Members will experience benefits that help address their individual healthcare needs, such as increased access to care coordination and care management support. Also, in stage three, ODM will implement additional improvements to streamline the process of claims and prior authorization submission for providers.

Important Updates on Next Generation Launch

Over the past year, Ohio Department of Medicaid (ODM) has prepared for and successfully launched many components of the Next Generation Ohio Medicaid program. Our implementation has consistently followed our key Next Generation commitment – to focus on the individual. To meet these commitments, on July 1, ODM implemented OhioRISE (Resilience through Integrated Systems and Excellence) and on October 1, we implemented the Single Pharmacy Benefit Manager (SPBM). The feedback has been clear about the significant benefits members have experienced because of these new program changes.

Our focus has been and continues to be on implementing new components and improvements as they are fully ready to support achieving our mission. ODM remains committed to listening to members and we have taken a hands-on approach to resolving implementation issues that have been experienced.

Based on the feedback we have received and our commitment to carefully transitioning, we will not implement the new Next Generation managed care plans launch on December 1. ODM will launch the Next Generation managed care plans and program requirements on February 1, 2023, including exciting improvements that will support members in accessing the healthcare services and supports they need.

What does this mean for members?

There will be no disruption in services for members. The timeline during which a member’s Next Generation managed care plan will be effective varies based on which plan they selected.
Managed care members that have not made an active plan selection will continue receiving healthcare coverage through their current managed care plan.

The Ohio Department of Medicaid (ODM) is in the process of modernizing its management information systems. This modernization roadmap, developed in accordance with the Centers for Medicare and Medicaid Services (CMS) guidance, includes a transition to a modular system called the Ohio Medicaid Enterprise System (OMES) that will support ODM in meeting several modernization goals.

As a part of this roadmap, new, updated functionality is being built into OMES rather than MITS. The PNM is a new modular component of OMES, which has replaced the current MITS provider enrollment subsystem and provider portal.

What benefits are included with PNM?

There are several new features and enhancements in the PNM module that are designed to streamline processes and reduce administrative burdens for providers. The module allows providers to:

What is Centralized Credentialing and what benefits does it provide?

ODM implemented a single, centralized provider credentialing process at the state level with the go-live of the PNM portal. There are many expected benefits of this centralized approach, including:

The Fiscal Intermediary (FI) is a part of a larger effort to modernize ODM’s management information systems. This modernization roadmap, developed with guidance from the Centers for Medicare and Medicaid Services (CMS), includes a transition to a modular system called the Ohio Medicaid Enterprise System (OMES).

As a part of this roadmap, the FI was integrated into OMES to support updated and new functionality. Beginning December 1, the FI will replace both the Medicaid Information Technology System (MITS) and other financial subsystems. The FI will facilitate the processing of claims and prior authorizations by providers and trading partners, submitted through either the Provider Network Management (PNM) module or Electronic Data Interchange (EDI).

In coordination with EDI, FI will assist in transitioning claims and authorizations to Ohio Medicaid’s future managed care entities (MCE) and receive updates from those organizations. By doing so, providers can receive appropriate updates, making the process more transparent and efficient.

Functions of the Fiscal Intermediary

**The FI will not be replacing provider payments made directly by MCEs.

Ohio Department of Medicaid (ODM) hosted the Next Generation of Ohio Medicaid Program Provider Webinar in July to share information about exciting changes Ohio Medicaid providers can expect. The webinar included an overview of the transition to the OMES modules – including the Single Pharmacy Benefit Manager (SPBM), Provider Network Management (PNM), and the Fiscal Intermediary (FI) – along with information on planned, module-specific trainings.

END_OF_DOCUMENT_TOKEN_TO_BE_REPLACED

Behavioral Health Billing Solutions, LLC   STAGE 3 DELAYED - We are incredibly grateful to ODM for listening to the feedback provided and will continue to be a fully engaged partner as we move towards the new February 1st date.   Important Updates on Next...

END_OF_DOCUMENT_TOKEN_TO_BE_REPLACED

Behavioral Health Billing Solutions, LLC   Upcoming Training The Ohio Department of Medicaid (ODM) and its Electronic Data Interchange (EDI) vendor, Deloitte, are inviting all trading partners to attend one of the two training sessions to learn about the Next...

END_OF_DOCUMENT_TOKEN_TO_BE_REPLACED

Behavioral Health Billing Solutions, LLC   Combined Type 84/95 Enrollment File as of 10/17/2022 Download the combined file type by clicking the link above For Provider Type 84s For Provider Type 95s As of 10/15/2022, ODM has resumed production of the CBHC Practitioner...

END_OF_DOCUMENT_TOKEN_TO_BE_REPLACED

Behavioral Health Billing Solutions, LLC Medicaid Trading Partners received an important update from the Ohio Department of Medicaid notifying them of the upcoming changes December 1st, 2022. These changes apply to ALL BH Agencies, whether you are a Trading Partner or...

END_OF_DOCUMENT_TOKEN_TO_BE_REPLACED

Known Issues We understand many providers are experiencing issues related to the Ohio Medicaid Provider Network Management (PNM) implementation. We recognize your frustration and want to ensure you are aware of the currently identified issues and opportunities to...

END_OF_DOCUMENT_TOKEN_TO_BE_REPLACED

Behavioral Health Billing Solutions, LLC Important Information from Ohio Council regarding Ohio Rise 06/27/2022     As you know, the new OhioRISE Medicaid managed care plan goes live this Friday 7/1/22. In order to assist members with this implementation and...

END_OF_DOCUMENT_TOKEN_TO_BE_REPLACED

BHBS can offer you EVERYTHING you need to be successful with the implementation of Ohio Next Generation Medicaid.

We ARE the experts!

If we don’t do it, we know and trust someone who does. 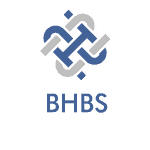 Need help with meeting the requirements for Ohio BH Redesign through the MCO Carve through 2020?

We are the group to help you meet that deadline.